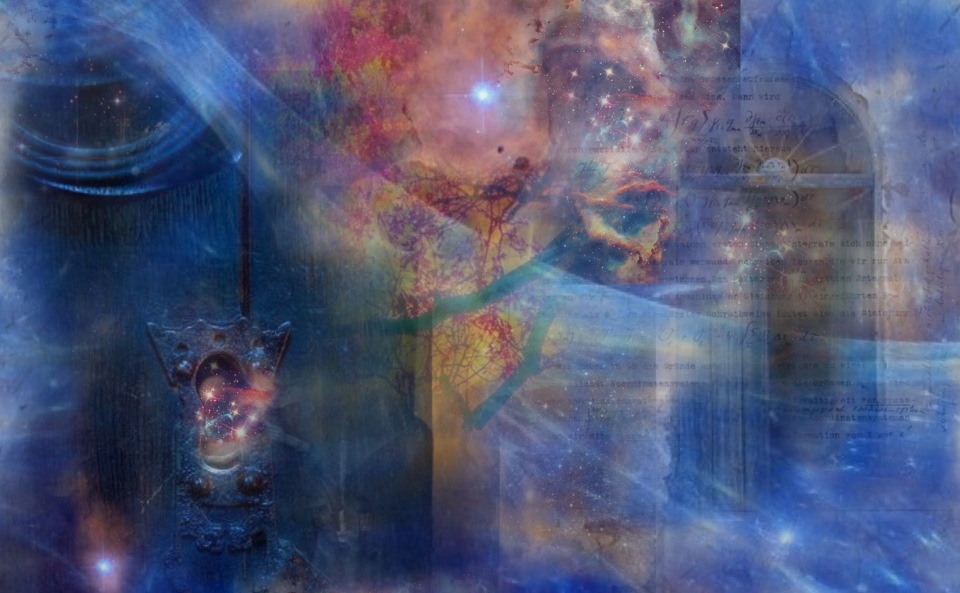 –I have a few things to finish up for our DARPA presentation. Do you want me to handle the security lockdown?

–That would be great. I think I told you that I am leaving a couple of days early.

I need to get home and pack and then get to Albuquerque to catch my flight. See you in DC.

He knew that it was against regulations. But then it was against regulations for Fanshen to be working on the project. X-Division was off limits to foreign nationals and Fanshen was a citizen of the Peoples’ Republic of China. DARPA had given him a waiver, but she was supposed to work only under close supervision, at least with regard to security matters. And Omega was an Above Top Secret project of which even the lab director was not aware.

Self-replicating nano-automatons: For DARPA they were the ideal military technology, a weapon which could literally “eat” the adversary’s weapons and turn them into a puddle of useless goo, –or, for that matter, into Rice Crispies, if that is what the PSYOPS/Civil Affairs people, who seemed to run everything these days, wanted. Civilians –or for that matter combatants— could be left unharmed, or else “infected” in a way which rendered them docile and ready for internment. They also had promising nonmilitary applications: ecosystem cleansing, climate change management –and manufacturing essentially anything. For John Newman, however, they represented the key link in humanity’s long march towards God or, to be more precise, towards building God. Ever since he had read Barrow and Tipler’s Anthropic Cosmology in the late 1980s, which suggested that the universe could be re-engineered into a supercomputer capable of infinite intelligence and creativity, he had been obsessed with creating the self-replicationg automaton probes which were needed to do the job. He had abandoned a promising academic career –including a post-doc at CalTech, with promise of a tenure track faculty appointment to follow– for a GS-12 appointment at DARPA, positioning himself for an a career in research administration. He had carefully balanced a small but focused research portfolio with a series of progressively more important administrative positions until he finally landed the job which was his real goal –Director of X-Division at Trinity Lab in New Mexico, in 2001. Then he had stayed put, much to the surprise of envious colleagues who had expected him to be Director of the Lab, and possibly of DARPA itself, by the end of the decade. Instead, protesting that he wanted to return to research, he had created a mountain stronghold in the division’s new facility in a secret location in the mountains of Western New Mexico, recruiting the very best talent in nanotechnology and software engineering from around the world and selling his ideas piecemeal to DARPA through the Bush years, then finding a surprisingly positive reception from the Obama Administration. And he had the best cover in the world. Everyone thought he was just another careerist sell-out. No one suspected that he was, in fact, a transhumanist godbuilding zealot.

No one, of course, but Fanshen. Newman trusted her implicitly. She was the only person besides himself he could be sure really believed. Even Tipler himself was more prophet than messiah, not entirely believing the words he himself had uttered, as if the equations had come to him as a kind of mystical revelation or asuric possession. When he had plucked her out of the graduate nanoscience program at Caltech at only 19 she was, to be sure, just another promising asset. But when his marriage had headed south after he failed to meet his wife’s expectations of continued upward mobility, and instead left her stranded for ten years with their two teen age daughters in the decrepit, mostly abandoned uranium mining town that was their nominal home, he had begun to spend more and more time with her, gradually initiating her into the strange technoreligious cult of which he was the high priest. Now 25, she had turned down tenure track offers at MIT and Princeton to continue working with him. And besides, she was, for all intents and purposes a refugee. Her brother had been imprisoned as a dissident in China’s escalating civil war over information access after he created a virus which rendered the government unable to block access to dangerous sites for nearly three months. Her mother was already in San Francisco.

As soon as Newman had left, Fanshen carefully loaded all of the lab’s automatons into a specially reinforced palladium container. Palladium was the one thing that they couldn’t eat –or rather that they were programmed not to eat. Then she activated the containment field, which essentially put them to sleep. Altogether the package, while rather heavy, measured only 1000 cubic centimeters, but it contained a sufficient number of self-replicating automatons to re-engineer the universe. And once they were deployed, if Tipler and Newman were right, the effects would begin to wash back through time …

Her cell phone registered a text message. She viewed it calmly. She had less than three minutes.

She placed the container into her briefcase. Then she inserted a special 1 terabyte flash drive into Newman’s computer and copied out the entire project archive. Finally, she set the computer to format its hard drive, just in case. She looked around quickly, gazing fondly at the little date palm she kept at the window near her work station and at the orange tree she had received as a Chinese New Years gift two years ago. Then she exited the lab and headed for the exit. As she approached the security station, where she would be subjected to a series of scans and physical searches before leaving, she noticed seven men in black clothes and ski masks approaching the station. She nodded slightly and they drew their weapons, killing the guards instantly. She joined the seven, exited, and jumped into a waiting Subaru Impreza, which sped off. The seven then quickly set charges around the perimeter of the X-Omega lab and jumped into their van. They had already changed cars and clothes five times and were on their way to join Fanshen at Estrella Roja’s base in the Gila wilderness near Silver City when the charges detonated, leaving nothing of the most important military laboratory on the planet.